The advantages of LED over traditional lighting are almost too numerous to count. However, despite lower energy consumption, longer lifespans, superior mechanical resistance, very low voltages, and ultra-compact form factors, LED lighting has been slow to gain traction. The reason? A specialized professional is needed to configure LED lighting management systems.

The Delight project, an initiative of Schneider Electric, set out to make LED-based lighting simpler. The goal was to come up with an innovative solution that is compact, universally compatible with all LED light fi xtures, and interoperable with other technologies, such as OLED, lighting integrated into building materials, and traditional lighting. The 250-watt LEDbox is a central unit that can control nine independent lighting feeders, which are in turn connected to either LED or OLED modules. Delight is a visionary project breaking new ground in the kinds of smart lighting solutions that professionals are looking for. These solutions will ultimately do more than provide light, with features like content and interactivity with users and their environment just over the horizon. The LEDbox privileges human-machine interaction, in anticipation of the imminent Internet of Things, with the goal of enriching the user experience for both installers and end users.

The easy-to-implement Delight architecture, used with the LEDbox controller, is 20% to 30% less expensive than traditional systems, making it the perfect choice for hotels, restaurants, and a wide range of other commercial and office buildings.

A hotel room, office, and restaurant were equipped with the system in a test rollout: the first in a room of the Hôtel Royal, the second in a Mat’électrique office in Lyon, and the third in an experimental restaurant at Institut Paul Bocuse, which presented the particular challenge of adjusting lighting according to customer traffic. The restaurant was equipped with some 40 interconnected lamps used to create different lighting scenarios. The test rollout demonstrated the crucial role of lighting in the customer experience, and potentially, the LEDbox’s use in sensory marketing. The LEDbox is very simple to connect and use,
thanks to one breakthrough innovation: a starshaped configuration linking the different lamps. By combining different conversion technologies, Schneider Electric and EFS also managed to integrate smart, high-power-quality LED drivers with a yield of about 90%, quite an achievement in such a constrained environment. The Delight project owes its success to the responsiveness and skills of its partner SMBs. Motwin provided its human-machine interface expertise to make installing the system easier, Ingelux its lighting expertise, and EFS developed the LEDbox electronics. In return, their involvement in the Delight project has increased their technical and commercial credibility among their own customers.

EFS is in charge of LEDbox maintenance for Institut Paul Bocuse, where the experimental rollout is ongoing. The SMB has also signed an outsourced manufacturing contract with Schneider Electric and has just launched the production of a pre-series of LEDboxes to supply its first customers. Schneider Electric and Lucibel have joined forces to create SLMS, a joint venture marketing
their new product Store Operation, which is an integrated lighting solution for retail outlets like sporting goods, home furnishings, and cosmetics stores and car dealerships. SLMS has chosen the LEDbox as its flagship product. The company specializes in interactive retail systems (in-store tablets, geolocation, etc.) and serves the French market. Between a few hundred and a few thousand units are expected to be produced a year starting in 2016–2017.

Efforts are currently focusing on the industrialscale production and commercialization of the LEDbox, which has to carve out a slot on a fast-moving market. Large office buildings will be a prime market segment, with estimated needs of between 1,500 and 2,500 LEDboxes per contract. Numerous experiments are also underway to optimize use of the LEDbox, particularly in sensory marketing. The LEDbox user experience will be further enhanced by interactive content triggered by lightingrelated events, a development expected in the medium-term. A motion-based interface developed in collaboration with LIG is at the academic research stage. Other academic research is being finalized with the LAPLACE laboratory, notably to improve the lighting’s aging performance. It may be possible to forecast LED replacement by integrating algorithms into the LEDbox. 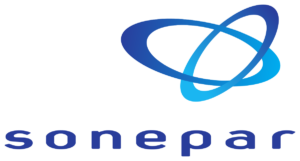 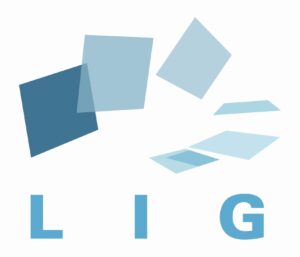 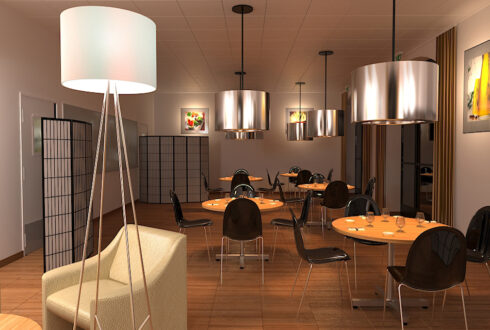 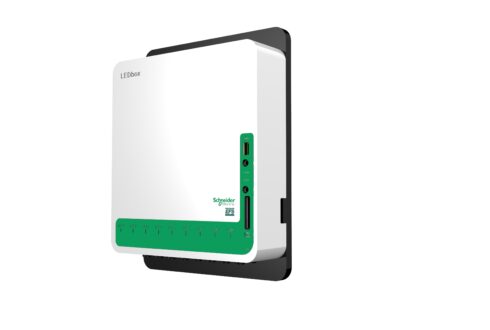