Integrating renewable—but potentially intermittent—resources into energy production systems will require new means of storing surplus energy for later use. Hydrogen is emerging as a potential solution with a number of benefits. First, because it can be produced in several ways it is flexible. Second, hydrogen is carbon-free if it is produced using wind or solar energy. Finally, it can store energy for relatively long periods if needed. The Themis project developed a clean, self-powering energy system for isolated sites combining solar, wind, and hydrogen energy.

The Themis project responded to the unique power-supply requirements of isolated TV and telecommunications towers, which currently operate off of generators. As communications become increasingly mobile, the number of isolated sites of this type is growing, creating a need for solutions capable of providing power 24 hours a day, 7 days a week in all weather conditions, even at high altitude, at extreme temperatures, or in high humidity. The project, which was set up to develop a new solution for the energy transition, was launched at a time when oil prices were rising. The objective of project lead Atawey was to test the self-powering energy solution it had previously developed in conditions that closely mirror those of an isolated telecommunications tower. The solution had to be capable of making off-grid sites completely self-powering without the use of fossil fuels and with zero CO2 emissions.

The company combined hydrogen and a fuel cell to store large amounts of surplus renewable (solar and wind) energy over long periods of time. Partners Air Liquide and Thomson Broadcast (an Arelis company) brought extensive experience and strong know-how to the project. Air Liquide contributed expertise in industrial gases and the use of its testing lab in Sassenage, near Grenoble. Thomson Broadcast provided in-depth knowledge of the technical and economic demands of telecommunications and broadcast professionals and experience with energy conversion for isolated sites.

The Themis project resulted in the development of a hybrid station combining solar photovoltaic and hydrogen energy. The clean energy solution is housed in an easy-to-ship, easy-to-install shipping container that replaces the traditional fossil-fuel-powered generator.

Oil prices dropped substantially during the course of the project. The market potential of a self-powering energy solution—with higher initial investment costs than a traditional generator—all but disappeared. Currently, because the cost of Atawey’s solution is higher than the cost of fuel for a traditional generator, telecommunications tower operators continue to opt for the latter solution. However, Atawey remains very active on the telecommunications market. Increasing data traffic—and, especially, cellular data traffic—continues to fuel growth. Atawey is engaged in a new project (Zenitthys, an EU Horizon 2020 project) led by Thomson Broadcast that is building on the advances of the Themis project to improve the maintainability of the system and reduce system costs. Atawey is already hard at work on a new pressurized hydrogen storage technology that is less expensive than hydride-based storage and on an electrolyzer, easier to use and maintain, with a non-corrosive electrolyte. Finally, Atawey is also a partner in the Soogreen (Eureka) project, which also targets the telecommunications industry.

The technologies tested over the course of these projects positioned Atawey to commercialize solutions for green mobility. The company will first address the hydrogen-powered bike market; hydrogen-powered bikes offer a longer range (100 km) and much shorter charging times (maximum one minute) than traditional electric bikes. The company supplied several plug-and-play stations for fleets rolled out by bike manufacturer Pragma Industrie.

Atawey also designed and sold a hydrogen-powered-vehicle charging station that meets the needs of small-fleet operators (local governments, for example). The station is already being used by Syndicat d’Energies du Morbihan, a local energy authority in Brittany. The company now plans to develop a multi-mode (bike and car), multi-energy (hydrogen and electricity) station. 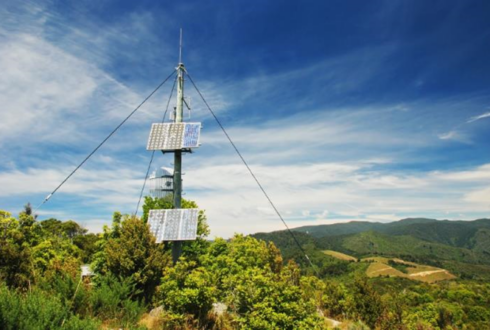 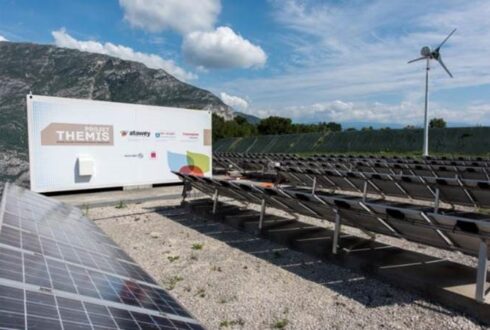